Psychological Effects of Brexit, some thoughts 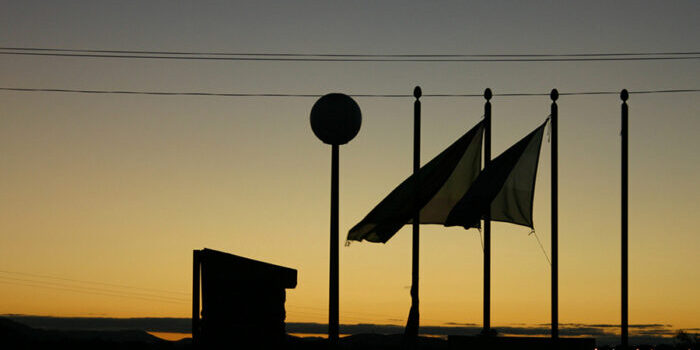 On 23 June 2016, a majority of the British electorate chose to leave the European Union. The economy and political landscape in Great Britain are changed dramatically, and beyond this, individuals can find themselves deeply affected.

One of my patients, an english man who has been seeing me for several years and has been thinking about bringing his therapy to a conclusion, told me after the results of the referendum: “I can’t make a decision either way at the moment, because with all the buzz about remaining and leaving, it’s hard to listen to my own mind”.

As therapists, we tend to look at our patients’ past to help them see how it shows up in the present. With the current events unfolding, we need to be very mindful of the effect that social movement and discourse can have on individuals.

“With all the buzz about remaining and leaving, it’s hard to listen to my own mind”.

This summary describes three effects of this crisis on the individual psyche.

1 – The disappearance of a safe and secure environment creates a void, which is filled with past memories

A Russian patient told me a few years ago about what he experienced when the Soviet Union was dissolved on Boxing Day 1991: “I woke up one morning, and my country had disappeared”. The European Union may still exist, but I have heard many other people voice a similar sentiment in respect of how they are perceiving its impending partial breakup.

The safe and secure environment that EU citizens have enjoyed up to now has changed dramatically. Another patient, a young french man, tells me: “I’ve studied in an international class from age 10, studied on an Erasmus programme, I’ve lived and worked here for five years and never asked myself any questions. It’s not just that the conditions of my stay here have changed: I feel like the foundations of my education and culture are challenged. What is going to become of my generation of young Europeans?”

“I chose to emigrate to the UK at 20, so I could take control of my own destiny, and here I am in the same situation again. I’m ten years old, my future has been robbed and I don’t know what to do”.

A vacuum has appeared in society because some of things that existed to ensure the safety of some of its constituents have disappeared. Memories of past experiences can then fill this vacuum. For example, people who, as children, have had to live through their parents’ separation, however amicable, will inevitably re-experience in the present some of the anxiety that comes with a challenge to the integrity of their family, or of their broader environment.

A polish woman, who fled communist Poland as a child in the early eighties, explains: “my parents kept their plan a secret, so that I wouldn’t give them away at school. I thought we were going on holidays in the Eastern bloc but, when we found ourselves in Stuttgart, they calmly told me we’d stay here to live, and that everything would be OK, which it wasn’t. I chose to emigrate to the UK at 20, so I could take control of my own destiny, and here I am in the same situation again. I’m ten years old, my future has been robbed and I don’t know what to do”.

For a number of months, EU citizens have been called “Migrants”, and have found themselves conflated with the stream of refugees risking their lives in the mediterranean. The perspective of an effective withdrawal from the EU will also mean that this newly labelled population will be submitted to additional controls. Disempowered groups of citizens also find themselves likely to be used as collateral in withdrawal negotiations.

A country hitherto perceived as stable and nurturing for EU nationals is now acting like a volatile parent, making up rules as they go along. This is likely to resonate with past experiences of parental inconstance, and bring up ways of thinking and feeling that are closer to the experience of an infant rather than an adult. This is compounded by the increased feeling of powerlessness and dependence upon an external authority, which are also childhood experiences.

Any sweeping, black and white statements about “brexiters”, “remainers”, foreigners, governments etc. needs to be seen as a resurgence of an infantile way of experiencing relationships.

Infants slowly learn to handle ambivalence and complexity in their relationships. For them, it is not just puzzling that someone good could do a bad thing. It is literally un-thinkable. So, to manage the emotions linked to their mother, for example, they split her in their minds into an entirely good and entirely bad mother, which bear no relation to one another. It is the task of the mother to help her child merge the two mothers into one figure, that can be good and bad at the same time.

Any sweeping, black and white statements about “brexiters”, “remainers”, foreigners, governments etc. needs to be seen as a resurgence of an infantile way of experiencing relationships.

3- Beyond “Them and us”: grieving and re-engaging with the other

This infantile, binary organisation of the psyche and binary discourse, damages relationships. Boundaries, which were fluid and constantly negotiated within relationships of mutual curiosity, have crystallised into an uncomfortable “them and us”. Young and old, rich and poor, town and city, find themselves pitted against one another on either side of a suddenly concrete and frozen boundary.

EU citizens were part of an “us”, and now find that they are “them”. It is tempting to buy into this, especially since powers of adult judgement are being challenged by the regressive experience of vulnerability and dependency. So, it’s for us to do our best to remain intellectually and emotionally honest adults in the face of this experience, and to remind ourselves that they black and white world that has taken shape is a conceit that seeks to hide complexity and to attack our capacity to be in relationship with one another.

“we need to go beyond our regressive experience and actively grieve for our recent past if we are to develop peaceful relationships in good faith”.

Importantly, we also need to actively engage with our new situation. It is a case of grieving an old order of things and welcoming what is emergent. Psychiatrist Elizabeth Kubler-Ross (1969) understood that a grieving person will go through 5 stages: denial, anger, bargaining, depression and acceptance. It is easy to apply this model to post-referendum Britain:

As Jean-Paul Sartre illustrates in his 1944 play “No Exit”, bad faith is the reason why two consciousnesses cannot communicate. He adds later that this “incommunicability” is the source of all violence. It is this very bad faith that can prevent us from seeing that we are free to choose our positions, at a time when they seem dictated by the collective will, and which makes the Other disappear as a person to know intimately. It is also this same bad faith that fuels the first four stages of grief in Kubler-Ross’ model.

Therefore, we need to go beyond our regressive experience and actively grieve for our recent past if we are to develop peaceful relationships in good faith.