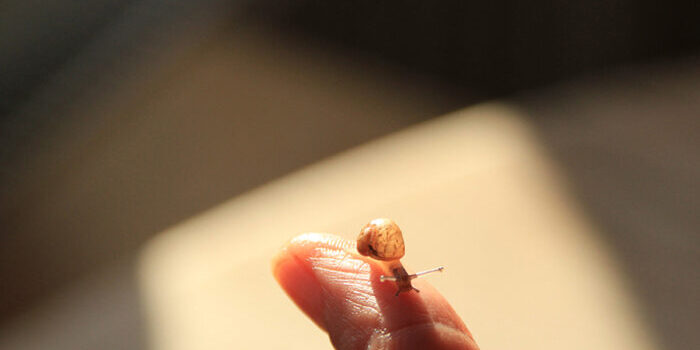 The initial consultation is more structured than the “typical” session of therapy, which tends to meander as it follows the course of the unconscious. Despite being more “protocol-heavy”, it is still unique to each individual, both in what it contains and in the way it unfolds.

1- What we know at first glance

People who come to see me for their first consultation of psychotherapy often say right at the beginning: “I’ve never done this before, what happens now?”. This is not very surprising. We hear more about people’s experiences with their doctors, lawyers or even their plumbers than we hear about their experiences with their therapists. I have even become quite convinced that psychotherapists willingly cultivate an air of mystery around their practice.

«Working with a person’s expectations of a relationship is a key aspect of psychotherapy, and it starts “working” before the protagonists (patient and therapist) have even met.»

If you have indeed been looking for a therapist online and have visited their websites and blogs, you may have noticed that little appears to be said about what exactly goes on in therapy. Therapists write, as do I, about their principles, ethics and theoretical frameworks. They write about how, in general, psychotherapy can help people with certain common ailments such as anxiety and depression, but more rarely about what it is that really forms the interaction of patient and therapist in the fifty minutes of a session.

While researching this, you may have come across Irvin Yalom’s lively and thoughtful accounts of existential psychotherapy practice, or perhaps watched three of the old masters, Fritz Perls, Carl Rogers and Albert Ellis, respectively demonstrating in the film “Gloria”, gestalt psychotherapy, person-centred psychotherapy and rational emotive behaviour psychotherapy. A lot has been – and is being – written, and professional journals will abound with what is dryly called “clinical material”, but, unless this material makes its way to paperback or interactive media, there is little chance that someone willing to undertake psychotherapy will be readily presented with it by professionals.

2- The useful paradox of not saying too much

Undeniably, there are three upsides to this. First, when therapists stay vague about what happens in a consultation, they give a greater opportunity to the person considering psychotherapy to imagine what it could be like, and then to confront what they have imagined, with what is happening in reality. Working with a person’s expectations of a relationship is a key aspect of psychotherapy, and it starts “working” before the protagonists (patient and therapist) have even met.

Second, it is genuinely difficult, and some would argue, unhelpful, to be precise about the course of a session. Sessions are conversations between two people, where one has the function of attending to the other’s needs. And whatever patterns may emerge in a conversation between two people rarely applies neatly as a template for another conversation.

Third, allowing some degree of mystery about psychotherapy is consistent with, and respectful of, the fact that the forces that the individual feel are at play in their psyche may feel like a personal mystery. Psychotherapy aims to help a person develop an interest in this mystery, so that its workings becomes known, so that they can grow beyond the experience of helplessness that often characterises their life before therapy.

The scarcity of material relating to what happens during a session seems to be both unavoidable and beneficial to the unfolding of a person’s psychotherapy. So, is it possible to write something that informs, and perhaps inspires, while respecting the frame of mind of the person looking for help, and acknowledging the unique character of each session?

I will attempt to do this by offering some bearings about what happens during the initial consultation.

3- The importance of following the patient’s pace

This initial consultation is the easiest to describe, as it often appears to follow more of a formula, as there are things that I will be interested with every new person. It is a first contact between patient and psychotherapist, and the aim is for both the therapist to find out if they can help the patient, and for the patient to form an opinion, or at least get a sense if the therapist can help them. At the end of this session, I am in a position to make a recommendation to the person in respect of psychotherapy, and to establish together what the frequency of the sessions should be, and perhaps the term of the treatment, if this is important for the person at the time.

In this consultation, it is important for me to get an understanding of what is troubling the person who has come to me for help, and to know more about their current circumstances and the history of these troubles and how they fit (or not) in the person’s life story.

«I don’t need to know everything about a person in the first fifty minutes – In fact, it has happened quite a few times that a patient tells me something quite important about themselves much later in their therapy – sometimes, several years after the initial consultation.»

I will be interested in hearing the person’s perception of their life so far, and to see if anything stands out for them in some of the key relationships that contribute to forming one’s personhood, such as parents, siblings, significant relationships at school, college, the workplace, and any other significant setting.

Indeed, while it is important that I know some basic facts about a person’s personal history and current circumstances, so that I can establish if psychotherapy is a suitable form of treatment or if the person should be referred to another professional, I don’t need to know everything about a person in the first fifty minutes. In fact, it has happened quite a few times that a patient tells me something quite important about themselves much later in their therapy – sometimes, several years after the initial consultation.

4- A “vignette”: initial consultation with “K”

I recall a first contact with K., a young man who seemed to be struggling to answer my questions. Generally, I ask open questions, so that the person has the space and time to give whatever shape they wish to their discourse. It also informs me greatly about their state of being to see how they use the space that I provide for them. I have found that asking too many precise questions right away tends to give impression that psychotherapy is a data collection exercise, where there are right and wrong answers.

This young man would answer my questions in a very vague, perfunctory manner. His childhood was fine, his parents supportive, his partner was nice, he sort of liked his job… it was just that he needed to turn his life around by making a bold decision about where to live and work, and he found himself unable to make this decision, without knowing why. This was all said quite briskly in the first few minutes of the session, and once I was done asking him questions, he looked at me expectantly.

I told him that, on account of how fast he’d run through the story of his life, I had the impression that he didn’t seem to find it worth saying too much about it. He didn’t reply directly, and told me that he just wanted to stop feeling rudderless and indecisive all of the time. I asked him more questions about his experience of indecision. Again, his answers were quite perfunctory. I smiled and made the observation that it seemed that I was more interested in him than he was. He seemed quite puzzled by this, and reiterated that, really, he’d come to see me to sort this particular problem out, and didn’t feel that talking about himself would be helpful at all. As for his childhood, he didn’t remember much before the age of 10 anyway. But he did have some facts about it, which he shared with me.

«This young man’s apparent inability to talk to me about himself during the initial consultation was a live, “here-and-now” illustration of how he had been shaped by his earlier life.»

He explained that he was the youngest of three siblings, who had been born quite close together. His parents argued a lot throughout his childhood, and began separating when he was eleven. They divorced when he was eighteen after a protracted custody battle that involved both children needing to “take sides”. He also told me that, after offering his mother constant emotional support throughout his late childhood and early teens, he had chosen to stop doing so for his own sake.

It became apparent to him that his inability to make big decisions in the present was consistent with his earlier experience of his parents involving him in their own. On the one hand, he was to act like an adult by supporting his mother and then choosing which parent he would live with. On the other hand, he felt he was being treated as a child because those decisions were being imposed upon him. If his parents had taken an interest in him, they would have understood that all that he wanted was for them to make up ask him how he was.

So, this young man’s apparent inability to talk to me about himself during the initial consultation was a live, “here-and-now” illustration of how he had been shaped by his earlier life. It showed clearly that it was new for him that anyone should take an interest in his person. His reluctance to take the lead in the session also illustrated that, for him, there wasn’t a positive experience of taking the lead in his life, and he wondered whether he would one day be able to do so.

On the day of his last session, five months later, as I was waiting for him to ring the doorbell, I received a call from him. He was at the airport, about to board a plane for New Zealand. He had wanted to have his last session over the phone, saying with humour that it was “so that we are both certain that I’m going to get on that plane!” He was able to muster the resolve that had eluded him for so long, and moved there to live and work.

As a conclusion to this short article about the initial consultation, I would like to stress that there is no set, perfect way to go about it, neither for the patient, nor for the therapist. My aim is to offer my patient a space, where they can tell me about themselves and start to see themselves with a greater degree of clarity. This initial consultation shouldn’t be something for patient or therapist to “pass with flying colours”. It is about being curious about the other, in a way that leaves them the space to say what matters to them, or if words are not available to them at the time, to show me with their actions what is holding them back in their life.